This botanical name (Cocos) for the genus of the “coconut palm” interestingly enough, comes about through the bastardization of an aboriginal word meaning monkey which was so named for the three indentations on the end of the nut which with what must have been some high degree of imagination, was thought to resemble a monkey.

It is a single species genus (monotypic) with many many cultivars….Some of the old copra buyers were said to have been able to take one look at a coconut and tell exactly from which plantation it came.

All  cultivars are at least somewhat susceptible to lethal yellowing, some of course much more than others. None will tolerate cold, and all will thrive in poor soils and in periodic drought conditions but respond favorably to good soil, fertilizer and water. This is a fabulous canopy–scape  palm  and is grossly underused because of the fear of lethal yellowing. It is truly the most stereotypical plant of the tropics.

We have two cultivars:

The “Fiji Island Dwarf” a very pretty smaller coconut palm with long fronds and long leaflets, small coconuts and pronounced leaf ring scars on its trunk usually in a bronze coloration. Called a dwarf because it fruits when very young and not very tall so that occaisionally coconuts can be removed by hand without a ladder. It does not stay tiny.

The “Cayman Mahafee” as the name suggests it comes from the Cayman Islands and has huge coconuts near the size of basketballs. It is a larger very attractive coconut tree 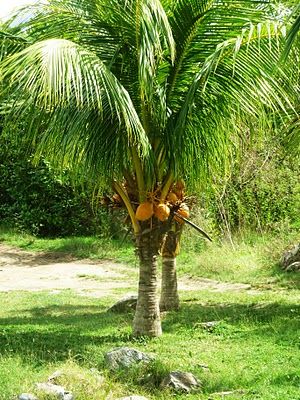 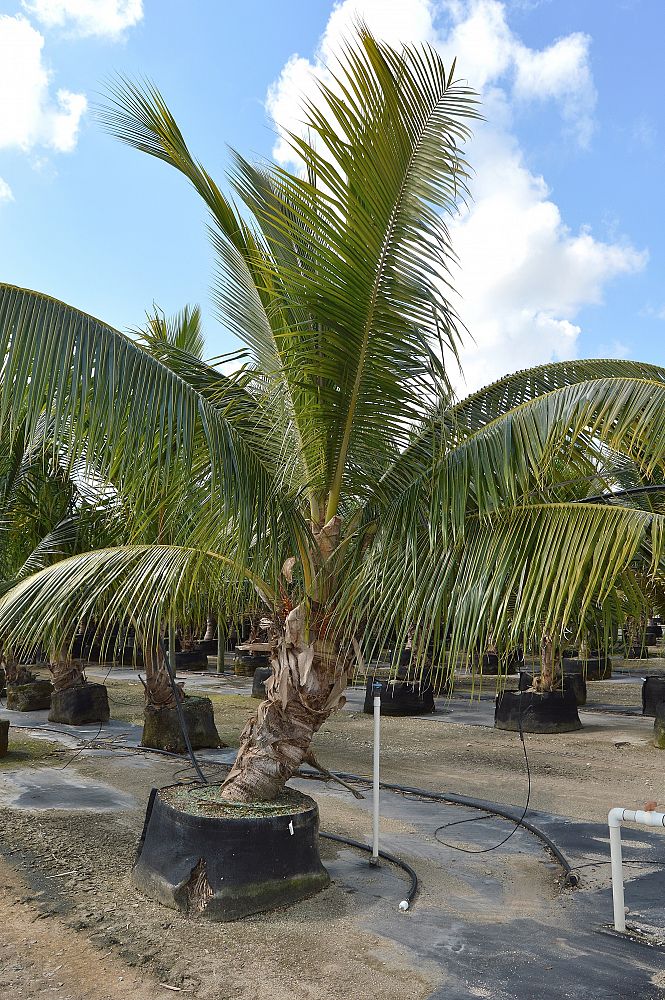